“Aquaman” takes its source material, embraces its comic book roots and turns it into something interesting. 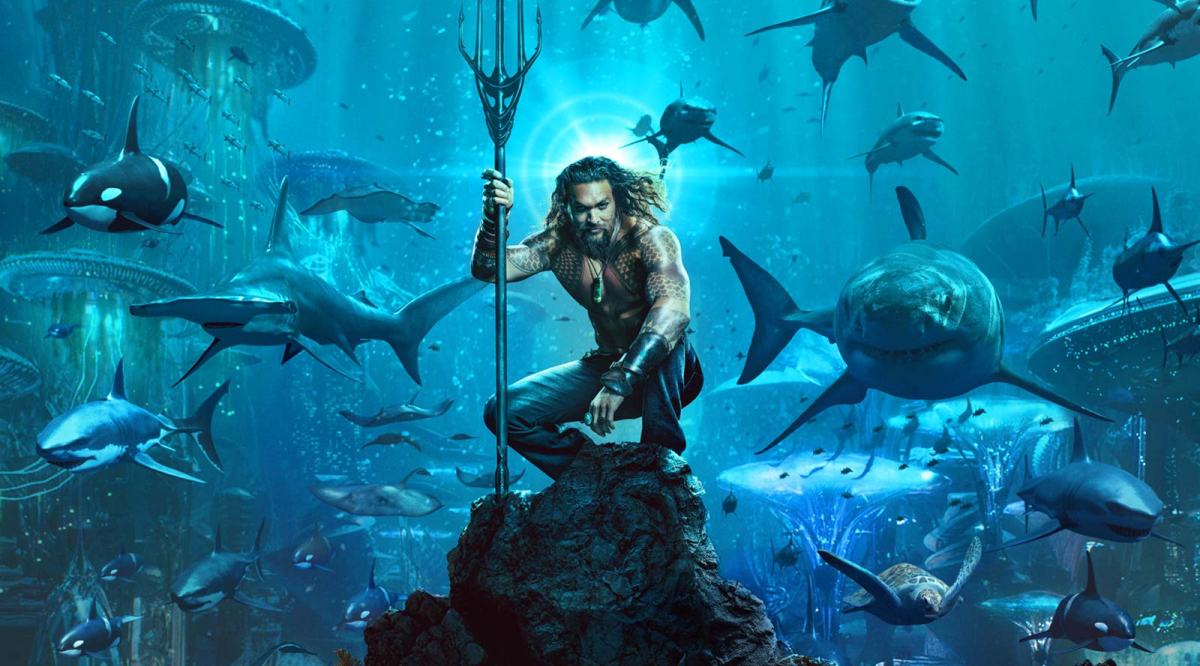 When it comes to heroes, it is easy to make Aquaman a punchline. The trident-wielding King of Atlantis can talk to fish and is often looked as tame compared to more exciting heroes like Batman or Spider-Man.

But “Aquaman” takes its source material, embraces its comic book roots and turns it into something interesting. It is an ambitious take from rising director James Wan (“Saw” and “The Conjuring”). Wan’s horror roots make him an interesting choice for a superhero blockbuster, but the pairing works beautifully.

The world that Wan creates for Aquaman is lovely. He doesn’t try to make the source material dour or serious, but rather embraces the camp to make the world interesting. The underwater world has a unique look and is filled with captivating creatures. There is an octopus that can play the drums, giants crustaceans, ancient deep monsters, and horrific fish men that eat people alive.

The people of the sea use giant seahorses as mounts and ride great white sharks into battle while shooting water-powered laser rifles off their backs. It is a shame that the wonderful world of Aquaman isn’t used to tell a more interesting story, but rather another boilerplate hero tale.

The plot follows Aquaman, Jason Momoa (“Game of Thrones”), on his journey to become the King of Atlantis. Aquaman is a half-breed, with his mother being a deserted Queen of Atlantis and his father being a lighthouse keeper. He is an outcast from his people, being looked at as a bastard son of Atlantis. To save the world, Aquaman must go on a quest to take his place as the rightful heir to the throne of Atlantis.

If that sounds familiar, it is because this is a story you have seen before. It is a bit of “Lord of the Rings,” with splashes of “Black Panther,” but without the finesse of either. However unlike “Black Panther,” there is no compelling social message or interesting villains.

Speaking of villains, “Aquaman” introduces two antagonists, Orm and Black Manta. Orm, Patrick Wilson (“Insidious”), is Aquaman’s half-brother and current king of Atlantis who wants to rule the seas as the Oceanmaster. It is a basic character, but Wilson hams up his performance, almost to the point where it is comical, to make it interesting. Black Manta, newcomer Yahya Abdul-Mateen II (“The Get Down”), is more of a disappointment.

The classic Aquaman villain’s costume design is fantastic while being very comic-accurate, but the character was unnecessary. His origin is nonsensical and he ends up mostly being just a visual, but he does make for some strong action setpieces.

The screenplay does these villains no favors. The script is one of the film’s biggest weaknesses. It is painfully dumb at times, trying to do way too much. “Aquaman”  is trying to be an action movie, adventure film, romantic comedy and horror all rolled into one, with each genre working to varying degrees of success.

The scenes where Wan embraces his horror roots are terrific. It embraces the strangeness of the deep ocean and makes for some of the most memorable moments in the film. But romantic scenes between Aquaman and his love interest, Mera, Amber Heard (“The Danish Girl”), are lackluster. It also doesn’t help that Momoa and Heard don’t seem to have much chemistry with each other.

Another notable misstep in the film was the score. The music for the action was as generic as it gets. It shoehorns in horrendous licensed music like Pitbull’s “Ocean to Ocean,” a cover of Toto’s “Africa.” Then most strangely during scenes with Aquaman and Mera, there is sometimes plucky, upbeat music that is trying to trick you into buying their relationship.

However, many of these issues become afterthoughts due to stellar effects. There is a massive amount of detail poured every inch of this world and it is a joy to watch. Major respect goes out to the artists and animators for their work because they really bring to life the movie with their phenomenal work.

“Aquaman” is very reminiscent of James Cameron’s 2009 landmark hit “Avatar.” It has flaws and is dragged down by some unoriginality, but it features strong, detailed effects work that creates a striking, memorable world that makes “Aquaman” a worthwhile watch.